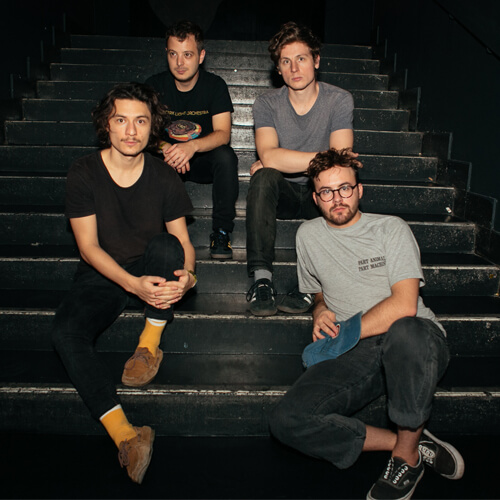 The band, which is named after a Leo Tolstoy character, was formed in 2016. With their music, the Hungarian indie quartet ponders the core of existence, seeking answers through paradoxes, contemplating the answers to questions by observing elements on an atomic level or viewing them from an astronomical perspective.

After the instant success of For Her (2017), the band moved away from their acoustic sound to a broader one, with the cathartic Atoms (2020) features heavier instrumentation.

The upcoming new album (Nov 2021) will continue diving into the collective subconscious and will be followed by the band’s first European tour.

In the past four years, Platon Karataev have not only gained attention on a local level but have been recognised internationally, too, with more than 5 million streams on Spotify, mostly from the USA, UK, and Germany.