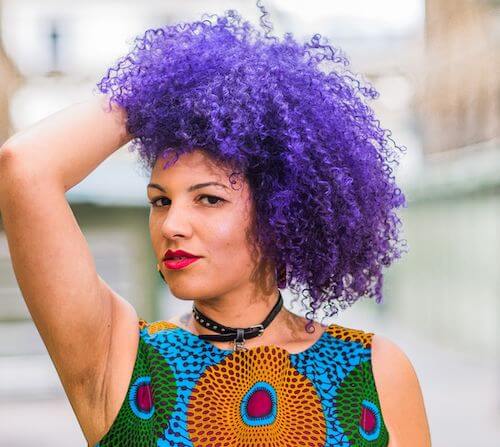 A strong advocate for inclusion and increasing diversity within the creative arts industry, Ngaio has been working on making the music and festival scenes more accessible through DJ collective Booty Bass, which was started in 2018 as a way to provide a platform for more female and non-binary DJ’s ,and speaks honestly about her experience as a mixed-race female in her recent Ep – We Fly.

Since going freelance she’s worked as inclusion officer for Artspace Lifespace, Loco Klub and Invisible Circus, where she began a series of dinners engaging local promoters and venues to look at how to work together to halt harassment. A framework was born for which harassment can be registered and harassers made accountable for their actions, which is currently being discussed by the city council in order that it can be implemented across the city.

Over the past two years, Ngaio has been running unconscious bias training and consulting with live events and festival teams on how to be more inclusive with Community Resolve – soon to be Synergy – and continues to work with arts organisations across the south west. 2017 also saw her become a director of Black Girl Convention.

After helping to organise the Black Lives Matter march in Bristol, she began exploring ways to reclaim space as a black woman through music, art, discussion and journalism, looking at how to make the arts accessible for marginalised groups.

Aside from her inclusive work, Ngaio works as a writer, having written many opinion pieces as a columnist for Bristol 24/7 as well as music reviews. 2020 saw her exercising her artistic reviewing skills alongside her travel writing whilst covering the Lagos Theatre Festival for the British Arts Council in February, which also spawned a 15-minute spoken word audio piece for BBC Arts on the experience.

During 2020 she also presented Monumental : Black Bristol after Colston for BBC World, which looked at the aftermath of the statue coming down and interviewing those working to tackle racial inequality in the city such as mayor Marvin Rees, superintendent Andy Bennett, and lord mayor Cleo Lake.