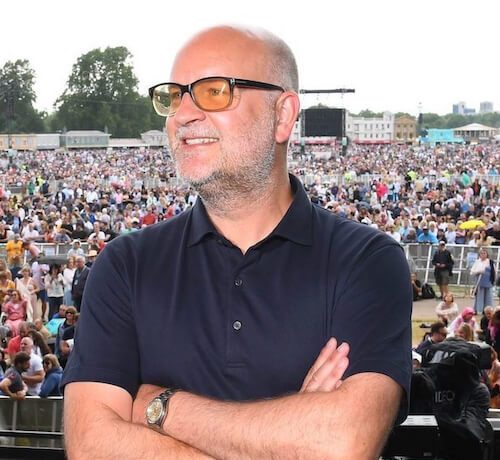 Jim worked at Cream until 2004 where he produced the Creamfields festival, before launching his own company Loud Sound, which subsequently promoted and produced several UK festivals.

He then began working with AEG Presents in 2008 culminating in him originating and producing the BST Hyde Park and All Points East Festivals.

He is currently CEO of the European Festival Division.