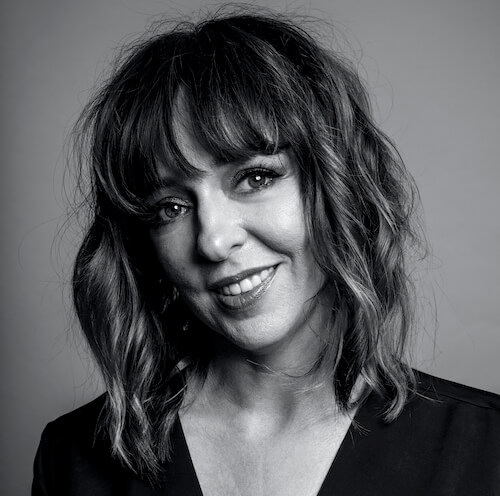 Born in Adelaide and bred in Sydney, Jessica has been passionate about live music since she was a young teen. Her mother fed this passion by taking her to see acts like Nico, the mighty Died Pretty, The Scientists and many more.

With such an insatiable appetite for seeing bands, a career in music is not surprising, but the heights that career has reached is exceptional. Over the past 30 years, Jessica has smashed through every glass ceiling possible in the male-dominated, top end of the Australian music industry. She has featured as the highest ranked woman on the annual “The Power 50” music industry list for many years, sitting at #2 overall in 2019.

Her journey to the top started straight out of school, working at Sydney’s famous Red Eye record store. Even at this fledgling point of her career, she knew that she wanted to be the boss.

She enrolled in an associate diploma in accounting at Sydney TAFE to get her head around the “financials” and this study helped her land a job in the accounts department of Rolling Stone magazine.

Then, at just 22 years of age, she followed this up with a job as the venue booker at the Lansdowne Hotel, soon followed by a gig at APA booking agency in Sydney. Taking on Powderfinger as a client, Jessica developed a close bond with the band over the next 20 years, and also began a working relationship with their manager, Paul Piticco.

With Joe Segreto, another booker and manager, she started a new booking agency IMC out of which grew the iconic Homebake, an all-Australian festival created to showcase both established and emerging local artists.

“We set up Homebake to shine the spotlight on our Australian artists. We already knew that they could pull big crowds but at that time there were less festivals and there just weren’t as many opportunities for our home grown acts.” said Ducrou.

Next was Splendour in the Grass Music and Arts Festival, created in 2001 by Jessica and Powderfinger’s manager Paul Piticco, and held in the holiday beach town of Byron Bay where she had recently moved.

Expertly created and curated, Splendour in the Grass has grown to become Australia’s largest and most iconic music festival. The event, held annually in July, features over 100 of the hottest international and local acts touring at that time, alongside myriad destination spaces that offer craft, arts, science, debate and more.

“An enormous amount of effort and thought goes into Splendour in the Grass each year. We are constantly thinking of ways to enhance the experience. The way that our Splendour community embraces the event year on year is very humbling.”

With many years of successful events and tours already behind them, Jessica Ducrou and Piticco were approached to take over Falls Festival in 2012. Already staged in Lorne and Marion Bay, they expanded the show count to include Byron Bay and Fremantle.

A few months later they announced a merger with international music heavy weights Live Nation and have since worked with their new partner to bring successful international festival brands such as Download to Australia.

In 2018, Jessica announced that Secret Sounds will partner with Holly Rankin’s (Jack River) Hopeless Utopian across all forthcoming projects including Grow Your Own festival and Electric Lady.

“As the driving force behind so many iconic Australian festivals and music businesses, Jess was a guiding figure in my career all along. To work alongside her and her team now is deeply exciting,” Holly said of the partnership.

Three decades on from manning the record store counter, Jessica Ducrou is one of the most influential and respected people in Australian Music. As a woman in this industry she is in a lane all of her own and peerless in her ability to continually create and innovate.

Jessica currently lives in Sydney with her husband and two children, and is a killer cake baker in her spare time.