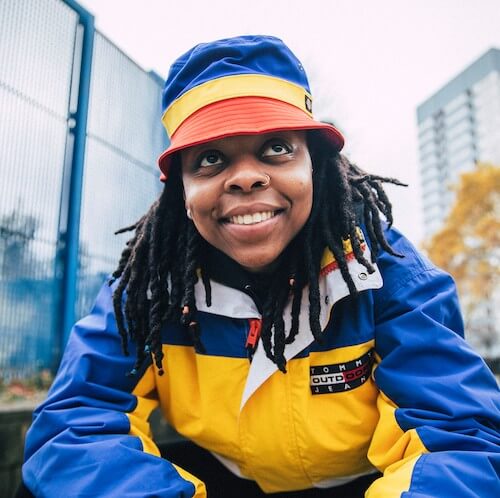 “One to watch out for” according to Akil The Mc from hip-hop’s legendary crew, Jurassic 5.

Rioting into 202 1with the explosive hard-hitting single Cause a Scene landing on the ‘Made in UK’ playlist, TrueMendous is set to have an incredible year!

In 2020, the rising star signed to High Focus Records where she released her EP HUH?, which had an exceptional response, accumulating over 222,000 streams with one of the singles from the project landing on the Adidas ‘COLD.RDY’ campaign and another on the Fifa 21 soundtrack.

She also secured a mindblowing 11 festival slots throughout the summer of 2019, including Glastonbury, and Leeds and Reading, where she opened up the BBC 1xtra stage.

TrueMendous was also one of the leading artists on the Queens of Art tour, which was the first ever UK all-female hip-hop tour, which took in eight cities. The tour was later covered by the BBC.