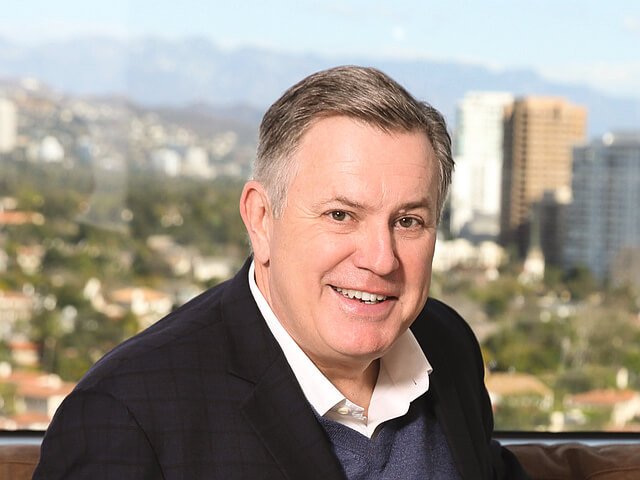 Tim Leiweke founded Oak View Group (OVG) in 2015 and serves as the company’s CEO.  With over 30 years of global sports and entertainment experience, Leiweke is a widely respected industry leader and has been deeply involved in the evolution of the NHL, NBA and MLS. Leiweke partnered with music industry titan Irving Azoff to launch OVG, a development and investment company comprised of an Arena & Stadium Alliance, a sponsorship subsidiary, a security advisory group, and a venture fund division which most recently acquired Pollstar publication and conferences.

Prior to OVG, Leiweke served as president and CEO of Maple Leaf Sports & Entertainment (MLSE). In his first year with MLSE, he led a transformation of the Toronto Raptors, which resulted in a record for wins and back-to-back Division Championships.  With Toronto FC, Leiweke orchestrated a dramatic overhaul, which ignited the club’s first ever playoff berth in 2015. It was during this time that Leiweke ranked fifth on the Sports Business Journal’s 50 Most Influential and eighth on Billboard’s 100 Most Powerful in Music – the only president and CEO to rank on both lists.

During his 18 years at the helm of AEG, Leiweke led the company’s evolution into a global live entertainment organisation capable of developing, producing, marketing and managing sports and entertainment programming in its venues worldwide.  It was through Leiweke’s vision that the $2.5 billion L.A. LIVE complex was built in Downtown Los Angeles, adjacent to the STAPLES Center and the Los Angeles Convention Center. In addition, Leiweke was the architect of AEG’s global expansion, including development of O2 Arenas and stadiums in London, China and Germany. Leiweke then built AEG Live into the second largest promoter in the world with artists including Paul McCartney, Taylor Swift, Rolling Stones, Black Eyed Peas, Kenny Chesney, Celine Dion, The Eagles and Katy Perry. AEG Live also became one of the world’s largest festival organisers through partnerships with the Coachella and Stagecoach Festivals.

Deeply committed to the community, Tim and his family dedicate their time to a range of charitable initiatives. Through their work, the Leiwekes have been recognised by numerous organisations, including the Anti-Defamation League’s 2007 Humanitarian Award, Father of the Year by the American Diabetes Association and the Muscular Dystrophy Association’s Man of the Year.