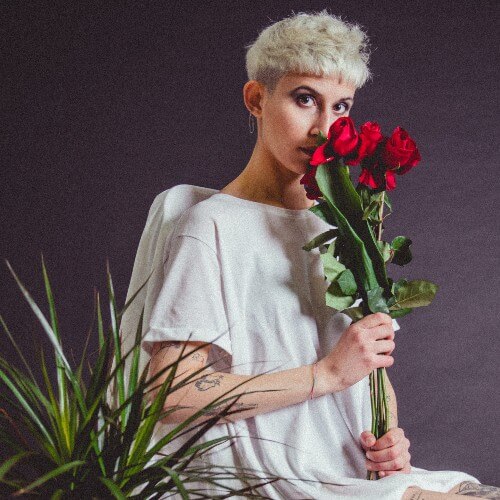 Débora Umbelino is 24 years old and known by her artistic name “Surma.”

Surma was born in a small town near Leiria, Portugal, and started her musical adventure when she was still very young. While studying in high school she won band contest ZUS! with her first band Backwater and the Screaming Fantasy.

She then studied jazz at Hot Club Lisbon, specialising in double bass and vocals, and also studied audio-visual post-production.

More recently she began her solo project and since then has been touring and attracting attention from the national media in Portugal.

Antwerpen has been nominated for best independent album by IMPALA (Independent Music Companies Association) and has been featured by the likes of BBC, Musikexpress and NPR.

Surma has already worked collaboratively with several other artists and has been involved with other musical projects such as Concerts for Babies. She has also contributed songs to  the soundtrack of Portuguese movie SNU.

Surma is currently preparing a new album to be released in early 2021.

Surma will play as part of the WHY Portugal showcase.