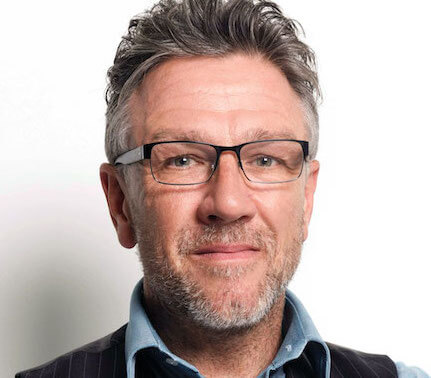 Stuart Galbraith is CEO of Kilimanjaro Live, one of the most successful and respected live music promotion companies in the UK. Galbraith has been a key player in the growth of UK live music over the last four decades.

In 2015, Kilimanjaro promoted Ed Sheeran’s record-breaking 3 shows at Wembley Stadium, with a further 4 shows at the iconic stadium in 2018 and a run of outdoor shows in 2020.

Galbraith’s career in music started off as Social Secretary and Promoter at Leeds University in 1980.  He brought in an amazing array of bands including The Clash, Simple Minds and U2.

He quickly progressed and joined Midland Concert Promotions (MCP) in 1984. Galbraith spent almost 15 years with MCP, rising to become Director and Partner. Whilst there Galbraith promoted and worked with many incredible artists including Simply Red, Def Leppard, Guns ‘n’ Roses, Metallica, U2, Simple Minds and AC/DC. MCP saw a gap in the market a Galbraith played a role in the development of the creation of Monsters of Rock Festival at Donington Park.

MCP was sold in 1999 to SFX and then SFX to Clear Channel. 2005 was a pivotal moment in Galbraith’s career, as Live Nation was created with Galbraith as a key founding member of what was to become a promoting powerhouse. Galbraith as MD, created and led a team promoting tours in arenas and stadiums with many of the world’s biggest bands.  The festival market was also part of the plan and Galbraith was a critical part of the creation, development and launch of Download, Wireless and Hyde Park (Hard Rock) Calling. In addition, iconic events, Live8 in 2005 and Live Earth in 2007, saw Galbraith at the head of the organising team.

Galbraith made it his mission to build Hyde Park as a music destination and highlights over the last few years in that venue include Bon Jovi, Simon & Garfunkel, REM, Queen, Shania Twain and the record-breaking run by Red Hot Chilli Peppers, which played to over a quarter of a million people.

At the start of 2008, Galbraith decided it was time for the next chapter and in partnership with Tim Leiweke at AEG Live formed Kilimanjaro Live, the company he runs to this day. Touring is at the heart of what Kilimanjaro Live do and the calibre of artists they work with speaks for itself – Red Hot Chilli Peppers, Simply Red, Barry Gibb, Ed Sheeran, Steve Hackett, Andrea Bocelli and many more.

Always with an eye to the future, Galbraith and the Kilimanjaro Live team place a huge emphasis on artist development.  Since the creation of Kilimanjaro Live, they have helped break many emerging acts who have become huge stars – Katy Perry, Ed Sheeran, Bastille, The 1975 and Rag ‘n’ Bone Man, to name a few.  Festivals are also a significant part of what Kilimanjaro Live does and they are involved in the likes of Sonisphere in Europe.

2012 was a milestone for Galbraith, as Kilimanjaro Live became an entirely independent company, following a management buy out from parent company AEG Live.  In that same year, the company promoted the first two comeback shows by The Rolling Stones shows at the O2 Arena and closed 2012 with three Robbie Williams shows at the same venue. Not a bad start on going it alone …

In recent years, the company has expanded into areas such as comedy – they have staged shows with the likes of Louis CK, Jerry Seinfeld and Jeff Dunham, plus spoken word and sports, but music is still at the heart of what Galbraith and Kilimanjaro Live does. In the last few years, there have been an eclectic mix of shows from Andrea Bocelli, the Ed Sheeran sold out UK Arena Tour, Donny & Marie Osmond, Nine Inch Nails, Peter Gabriel and Barry Gibb.

Kilimanjaro are now actively producing in the West End, including hugely successful runs with The Illusionists and Tape Face; Tape Face has also just completed a multiweek run at the Flamingo in Las Vegas.  In addition, the company also produces up to 10 comedy shows at the world-renowned Edinburgh Festival.

May 2014 saw a major investment deal with public German entertainment company, Deutsche Entertainment (DEAG), which promises to allow the company to grow even further whilst retaining their independent spirit.

In 2017, Kilimanjaro expanded by employing a new music promoter and a new comedy promoter and signed 5-year contracts for two London summer concert series; Kew the Music and Live at Chelsea.

2019 saw another successful year, to include a sold out Belladrum Festival, Ed Sheeran outdoor shows, Stereophonics sold out arena and stadiums, The World of Hans Zimmer arenas and Kilimanjaro looks forward in 2020 to Craig David, Simply Red, Andrea Bocelli, Steve Hackett, Jeff Beck and a range of other fantastic tours.

Away from work, Galbraith is an extreme sports enthusiast and very keen cyclist who has pursued his passion all over the world (cycling, ski touring, climbing and mountaineering).  And there’s a common thread between his work and hobby – stamina and unending determination, life’s a marathon, not a sprint.