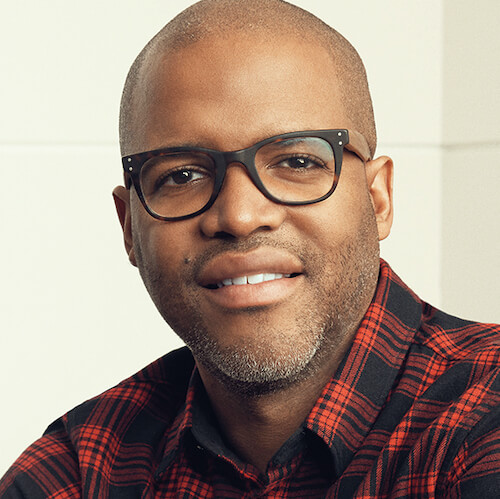 Shawn Gee has led and influenced the culture from multiple angles. As an artist manager and founding partner at Maverick, he has not only sustained, but also expanded the legacies of GRAMMY® Award-winning chart-topping longtime clients such as The Roots and Jill Scott.

As president of Live Nation Urban, he has redefined the live space for hip-hop, R&B, and soul artists with essential festival brands and experiences such as Broccoli City Festival, The Roots Picnic, Summer Block Party Series, and more.

As a producer, he executive-produced the AMC series Hip Hop: The Songs That Shook America and Mixtape Potluck TV special on The Food Network.

Recognised as a leader, he has appeared on the Billboard Power 100 and R&B/Hip-Hop Power Players lists multiple times, graced Rolling Stone’s Future 25, and landed on Pollstar’s Impact 50, among others. He only continues to push the envelope though.

Even during the most uncertain year in the history of live events in North America, Gee and his team at Live Nation Urban managed to make a palpable impact. At the onset of 2020, he produced the Super Bowl Music Festival in Miami and launched the Lights on Festival in partnership with H.E.R., selling out in less than 30 minutes.

Pivoting seamlessly in the face of the global pandemic, he worked with Ahmir “Questlove” Thompson and Tariq “Black Thought” Trotter of The Roots to bring the Roots Picnic online for the first time in its 13-year existence.

Joining forces with former First Lady Michelle Obama’s national nonprofit When We All Vote, it broadcast virtually on YouTube co-hosted by Black Thought, Questlove, and Obama. Beyond seismic sets from The Roots, Roddy Ricch, and Lil Baby, and appearances from Lin-Manuel Miranda and Tom Hanks, it attracted 500,000 new voters. These events and more reaffirm his position as the highest-ranking African American promoter in the live touring industry.

Among many management moves, 2020 saw him renegotiate and extend The Roots’ deal with NBC’s The Tonight Show. Plus, the band co-starred with Jimmy Fallon, John Cena, and Usain Bolt in Michelob Ultra’s Super Bowl spot, ignited the GRAMMY® Awards stage with Gary Clark, Jr., and Questlove DJ’ed The Academy® Awards. He encouraged the group’s evolution online with nightly DJ events by Questlove across platforms, in addition to 750-plus pieces of YouTube content. Questlove’s DJ activity notably raised $250K-plus in benefit of Food Hub NYC to feed hungry children in New York City. Gee was also selected to WBR Social Justice Fund board of directors

Gee has diligently built a legacy. In 2018, he founded Live Nation Urban to bolster hip-hop, R&B, and gospel in the live arena. Under this umbrella, he conceived the Rap Caviar Live series, bringing Spotify’s flagship hip-hop playlist to life on the road with numerous sold-out iterations and bills featuring everyone from Chance the Rapper, A$AP Rocky, and Migos to Cardi B, Gucci Mane, and Lil Uzi Vert.

He would also be responsible for partnerships between Live Nation Urban and Atlantic Records, Broccoli City, BET, TCG Entertainment, The Prince Estate, Kirk Franklin, and more.

Other productions include 4U: A Symphonic Celebration of Prince, the popular BET Experience at the Staples Center during BET Weekend in Los Angeles, and more.

He is based in Los Angeles.