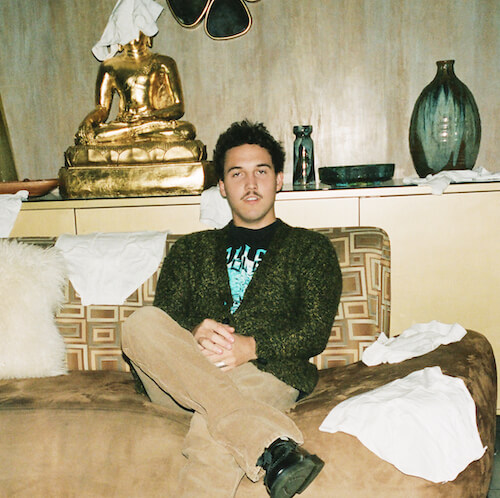 Beginning as an indie rock band comprised of high-school friends, the project became a personal outlet for Rutter after his bandmates left on Mormon missions and his girlfriend left for college.

In his bedroom, he wrote, recorded, and produced his debut LP, entitled Her and All of My Friends, in which Rutter grapples with loss, loneliness, and a drift away from Mormon culture.

Ritt Momney was slated to hit the road with Dayglow in the spring of 2020, but due to COVID-19 the tour got canceled. With newfound time on his hands, Jack recorded a cover of Corinne Bailey Rae’s 2006 Grammy-nominated hit Put Your Records On. The buzz continued to grow once he posted it online, and Ritt Momney immediately gained a level of notoriety Jack hadn’t thought possible, gaining steam on TikTok while soaring up the Spotify and Apple charts.

“Right after COVID-19 hit, I wanted to be working on something, but I really felt that — with how depressing the world already was at that point — I couldn’t handle writing a depressing song. It was too much,” explains Jack. “I started playing around with the idea of manifesting happiness instead of projecting my own sadness. It was pretty therapeutic…. [I] felt like a lot of the people I know and care about could use a song like this right now…. All the credit goes to Corinne Bailey Rae.”