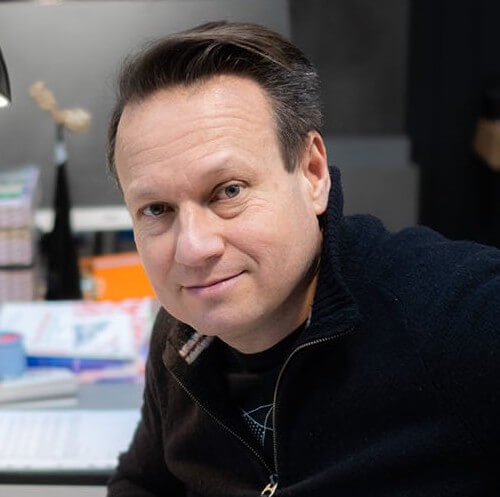 Ray began his design career as a carpenter and craftsman. He earned his master’s in architecture from University College London and became interested in stage design and mobile architecture while doing postgraduate studies at Sci-Arc in Los Angeles California.

Ray was – and still is to this day – drawn to the unique ephemeral and transformative nature of entertainment architecture. Ray has devoted more than twenty years to designing live touring shows, theatrical projects and spectacular one-off productions such as the London 2012 Handover at the Beijing 2008 Olympics Closing Ceremony, as well as live TV shows for MTV, VH1 and other TV channels in the USA and the UK.

He has worked with some of the biggest names in popular entertainment, including U2, The Rolling Stones, Robbie Williams, and Cirque du Soleil.

His outstanding artistic and creative ability to design spectacles for an audience, together with his great leadership skills will ensure that any project is delivered to the highest standards.