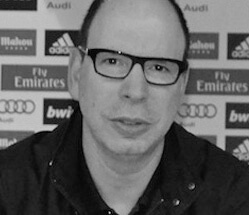 As chairman of the Music Managers’ Forum, Paul co-manages one of the UK’s most successful rock acts, Biffy Clyro. During his career, Paul has also worked with and managed acts such as INXS, Kaiser Chiefs, Franz Ferdinand, Birdy, Bullet For My Valentine, and The Overtones.

In 2014, Paul launched Nostromo Management & Consultancy as an independent company to focus on global artist management, new technology and consultancy.

In 2009, he was appointed SVP, artist partnerships for Warner Music UK where he was in charge of the strategic development and implementation of all 360-degree (e-commerce, direct-to-consumer, crm, ticketing, brand partnerships, merchandising, touring, new commercial opportunities) activities across the company, as well as building an artist management company within Warners called Nostromo Management.

In 2007, Paul was appointed general manager of Atlantic Records UK.

In 1999, he co-founded the artist management company SuperVision Management. The company went on to represent multimillion selling acts including Kaiser Chiefs, Franz Ferdinand, and Bullet For My Valentine, and to win both the Music Week and Music Managers’ Forum awards for Manager of the Year in 2006.