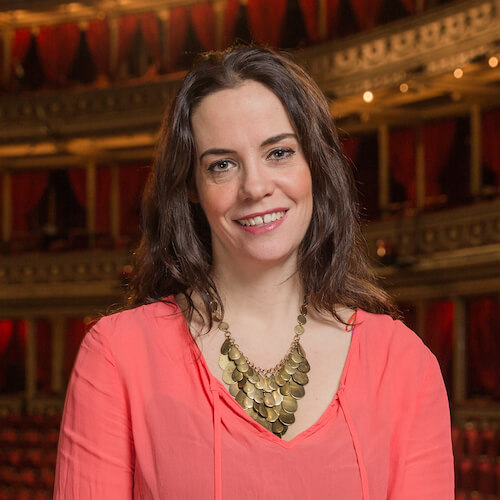 Lucy Noble is the Artistic and commercial director of the Royal Albert Hall, and the chair of the National Arenas Association, which represents 23 UK-based arenas, including London’s O2, 7Manchester Arena and the SEC in Glasgow.

At the Royal Albert Hall she is responsible for the artistic programme, which featured 401 performances on the main stage in 2018 and more than 1,100 performances in other spaces around and outside the building. The Hall’s programming is the most diverse of any venue in the world, encompassing circus (Cirque du Soleil), sport (tennis, boxing, wrestling), and the biggest rock and pop artists, whilst still playing host to the world’s most popular classical music festival, the BBC Proms. As part of this remit, her latest work has been building on the venue’s own-produced shows, with which the charity risks money, acting as both promoter and producer. In 2019, the Hall presented more than 80 of its own performances, including shows suitable for touring internationally.

Lucy also looks after education & outreach at the venue, which focuses mainly on music, reaching around 215,000 participants each year. The programme works to enhance music education, music for wellbeing and music for careers. She has recently overseen the installation of the Hall’s new £2.2million sound system as part of her role overseeing the production & technical teams. This area of the Hall’s business has a strong focus on sustainability, which is rolled out across the organisation as a whole.

Lucy has been instrumental in the Royal Albert Hall’s success, not only as a concert venue but also as a promoter of its own shows, in addition to increasing revenue through partnerships and increasing the reach of the Hall’s cherished Education & Outreach Programme.

In 2019, the Hall presented more than 80 of its own-promoted performances and saw the highest ever Christmas season turnover in the Hall’s history.

Lucy was inducted into Music Week’s Women in Music Roll of Honour in November 2019.