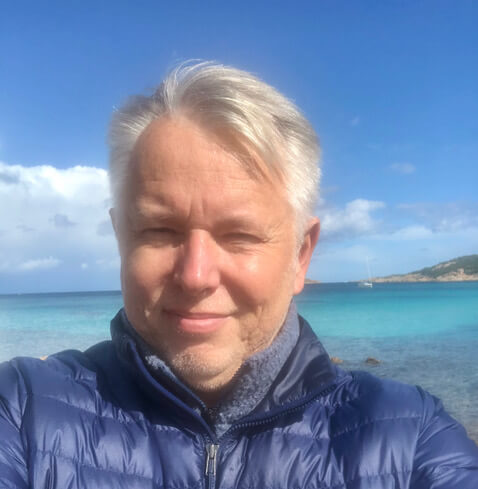 After almost three decades in the music business, in 2017, Live Nation acquired a majority stake in Lars-Oliver (Lars-O) businesses, which have grown exponentially, with him still at the helm in the role of MD.

“I first became addicted to live music while watching Rockpalast on German TV when I was a kid – The Police live at Grugahalle in 1980 – and I was allowed to stay up until after midnight – that pretty much sums it up for me,” says Lars-O.

Lars-O started out as a promoter at the age of 19 before joining Marek Lieberberg in the late nineties as head of new talent, after a short stint in A&R for Sony Music (Germany).

In the late nineties, he toured acts such as Rage Against the Machine, Slipknot, The Offspring and many others; and booked the majority of acts for MLK-operated festivals Rock am Ring and Rock im Park, bringing the events to MTV and securing the first million-dollar sponsorship deal with a live-stream platform, although unfortunately, broadband Internet was still a long way off.

In 2000, he launched his own business in order to focus on sponsorship and his passion for content production. Since then, he and his team have been responsible for thousands of live concerts and are best-known for Rock am Ring, Wacken Open Air and Lollapalooza, which they have recorded multiple times.

Since 2017, he has helped to build the german live music-streaming platform Magenta Musik 360 for Deutsche Telekom, which has streamed hundreds of live shows and also introduced VR live-streams to the festival world.

With the outbreak of the pandemic, Lars-O’s team focused on live-stream projects and began to work on ideas for XR production. In August, they streamed the digital version of Germany’s legendary Wacken Open Air, the world’ largest metal festival, bringing Wacken:World:Wide in mixed reality to a record-breaking 11 million viewers.

Lars-O also acts as chairman of Crew Nation e.V. in Germany, the non-profit organisation that supports live crew who have been out of work since the outbreak of the pandemic.

Crew Nation e.V. has collected over $1m, in Germany alone, with its first live-stream project #lauterwerden, and is currently working on other projects for the rest of the year.

Lars-O says: “I have started to see the pandemic as my social year. While our business is hurt, the situation for our freelance crew members is devastating – there won’t be a live business without them. I hope to help as many people as possible to get through this dark period, and make sure that everyone is still healthy and alive, both onstage and backstage, when this is all over –  hopefully very soon.”