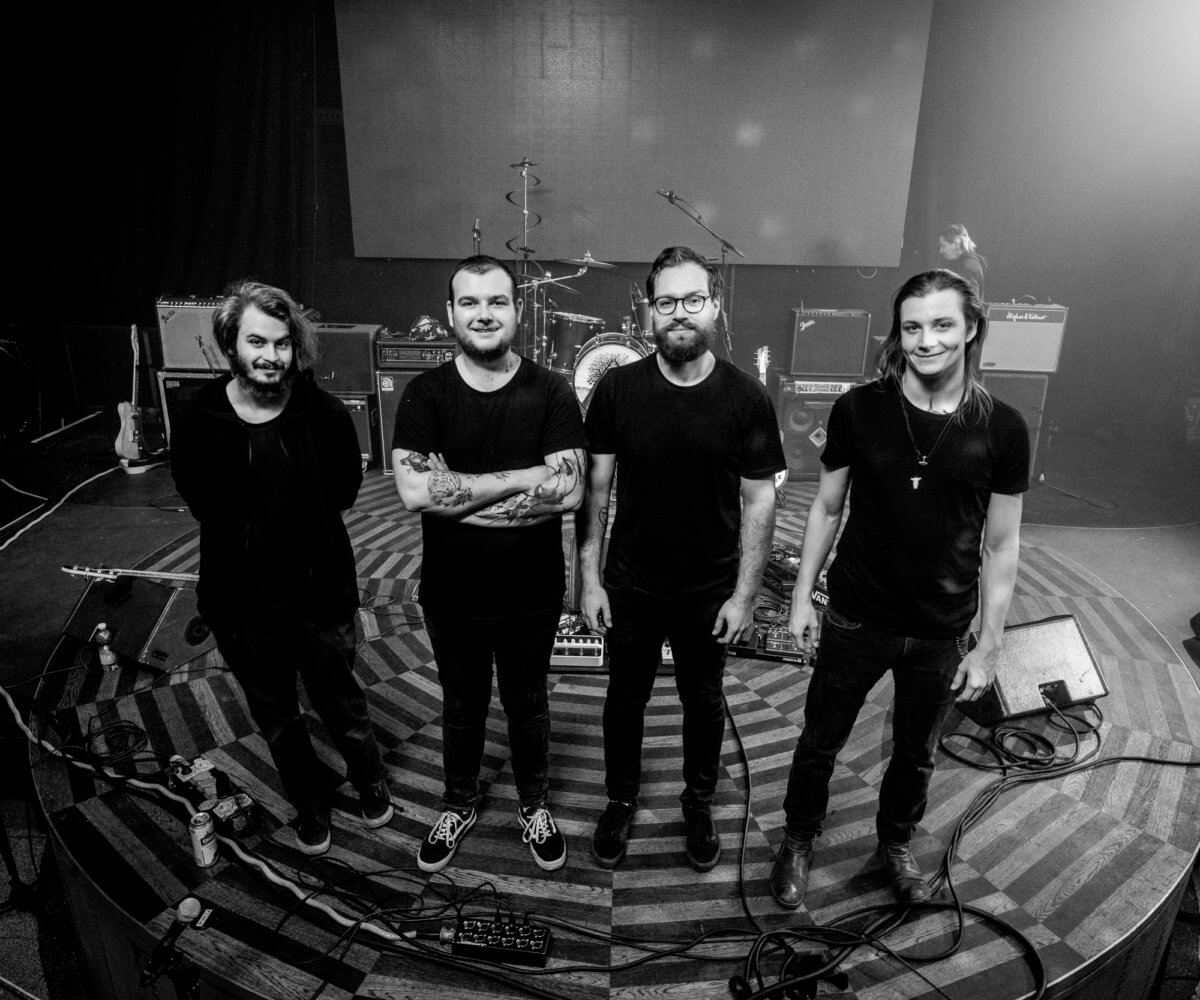 Slow-evolving songs combine delayed post-rock soundscapes with heavy riffs. All combined with melodies that will take you on a sonic journey through time and space. Even though you won’t hear a single word or vocal line while listening, Lambda tell stories in an unusual but understandable language that can many listeners from around the world can relate to.

The band has played over 120 shows in 14 countries around Europe along with names such as All Them Witches, Belzebong, Stoned Jesus, 1000mods, Tuber, Naxatras. Physical media and the band’s merchandise have been sold and shipped around the whole globe with distribution through shops and labels in the UK, US and Australia/New Zealand.

The band is currently performing a live set of  their concept album Heliopolis, accompanied by visual screening and a comic book created by Vencoj graphics.