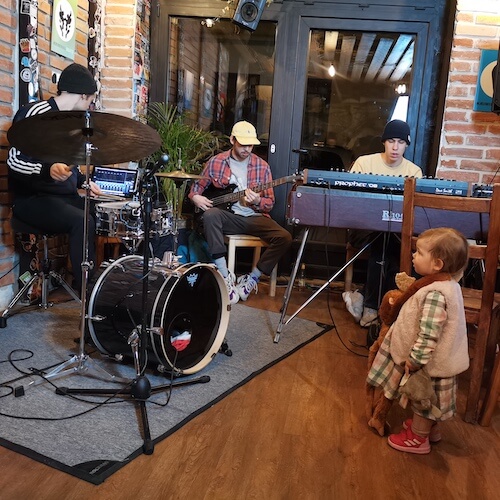 Their work has been critically acclaimed and supported by editors and journalists, and the album has featured on Okayplayer, Spotify’s  Jazz Rap and Jazz Vibes playlists, supported by the legendary Brownswood Records & WorldWideFM, Joe Kay of Soulection, and Apple Music’s Future Beats.

Beneath the streams, however, the real story lies in their live performances. The Goes Blunt EP was recorded in just four hours. Whenever they come together, energies collide and something magical happens, the results of which are clearly audible in their music. It’s a truly unforgettable experience.

Goes Blunt 2 is currently in progress and will deliver even higher vibrations upons its release.