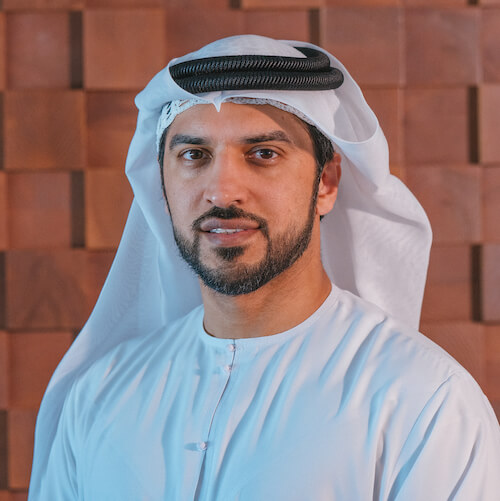 Ali Al Shaiba joined the Department of Culture and Tourism – Abu Dhabi as Digital Marketing Director in 2018 and was appointed as Executive Director of Tourism and Marketing at DCT in 2019.

He currently also serves on the Board of Directors of one of the UAE’s largest production companies, Image Nation.

Al Shaiba brings a wealth of experience in marketing and communications to the Department of Culture and Tourism – Abu Dhabi that has enabled him to become an effective and innovative leader in this field.

Prior to joining DCT, he was the Executive Director of Commercials at the Abu Dhabi Media Company, the top media establishment in the emirate of Abu Dhabi.

He has also occupied senior roles in several media organisations across the UAE, including acting as a consultant for the Crown Prince Office – Dubai and Noon.com and acting as the Head of Technical Operations of Dubai Police.

Al Shaiba specialises in effective marketing management and strategy planning, with focus on the field of digital marketing. His strong leadership skills, as demonstrated by his extensive track record as a successful marketing director, have made him well-suited to effectively guide the marketing and communications efforts within the Department and Culture of Tourism – Abu Dhabi towards success.

Ali Al Shaiba holds an Executive Leadership Degree in Business Administration and Management from the University of Oxford, as well as a High Diploma in Computer Networking from the Higher College of Technologies, Dubai.