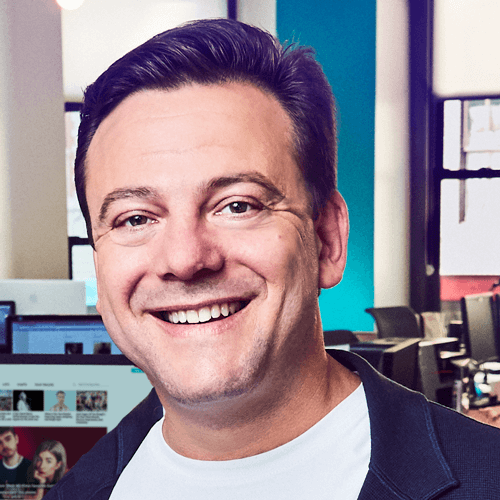 Fabrice is co-founder and managing partner of Bandsintown Group.

Based in New York, he is an entrepreneur with experience in the music and digital media industries. For ten years in Europe and 15 years in the US, he led two start-ups from inception to over $100M in revenue.

Fabrice launched his first start-up as founder and CEO of Club-Internet in 1995, one of the very first and leading French consumer Internet Service Providers (ISP). Club-Internet was sold to Deutsche Telekom’s T-Online for €1.2billion in 2000 with close to one million subscribers.

He then co-founded Cellfish Media, a leading app publisher, and Bandsintown Group through organic growth and acquisitions. The Bandsintown live music discovery platform has 60 million registered users and 530,000 registered artists. In the first nine months of the pandemic, Bandsintown helped more than 19,000 artists market 70,000 live-streams at no cost.

Fabrice served as a board member of several prominent media and Internet companies in Europe, such as the supervisory board of the publicly traded T-Online (largest German ISP), digital media companies such as Le Monde Interactif (groupe Le Monde), Hachette Multimedia (Lagardere), and Lagardere Active (TV and radio).

He was named as one of the 100 Most Creative People in Business by Fast Company in 2018.