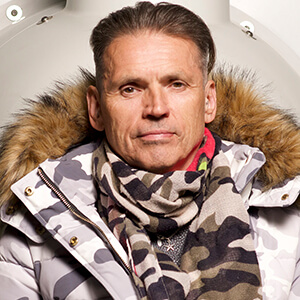 Green maverick and eco-entrepreneur Dale Vince has long been an exponent of the green revolution in the UK, and is a (natural) force to be reckoned with. From humble beginnings as a new-age traveller, Dale has been a green entrepreneur for quarter of a century.

He launched Ecotricity, the world’s first green energy company, in 1995, which currently supplies more than 200,000 homes and businesses across Great Britain with renewable energy.

Ecotricity also launched the Electric Highway – Europe’s first national EV charging network in 2010. Dale is also the chairman of Forest Green Rovers – recognised by FIFA and the United Nations as the World’s greenest and all-vegan football club; he became a UN climate champion for sport in 2019; and recently released his first book, Manifesto: How a maverick entrepreneur took on British energy and won.

Dale focuses on “the big three”: energy, transport, and food, which are collectively responsible for 80% of our own personal carbon emissions.

Dale’s no-nonsense approach, clarity and unwavering determination demonstrate just how profoundly an individual can make changes for the better at an industrial scale. His composure when dealing with unscrupulous top-level business executives and politicians has played no small part in his continued success.