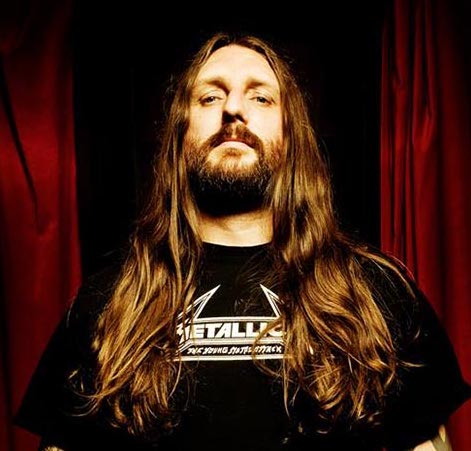 Ben Ward is probably best known as the frontman of UK heavy metal band Orange Goblin. Orange Goblin is a band that have spent the past 25 years touring all over the world, playing at pretty much every festival and venue you could possibly think of, releasing nine studio albums, two live albums, and influencing a whole new generation of amazing UK bands in recent years.

Throughout his career with the band, Ben has built a huge network of contacts with promoters, festivals, agents and managers that has proved essential in his other line of work, spending 20+ years in total working on the other side of the music industry.

He spent ten years as an assistant to Paul Loasby at One Fifteen Management, overseeing the careers of artists such as David Gilmour, the Syd Barrett Estate and Jools Holland, as well as being a part of the teams that helped create various Pink Floyd catalogue re-issues. In 2013, Ben left One Fifteen to tour the world with Orange Goblin again, and also worked as a tour manager for various bands, touring Europe and North America constantly.

In 2015, he joined the team at the esteemed The Agency Group, which soon became United Talent Agency, as a live booking agent alongside the legendary Neil Warnock MBE, and quickly built a roster of bands himself and looked after the live careers of the likes of Fu Manchu, Earthless, Corrosion of Conformity, Phil Campbell & The Bastard Sons, Orange Goblin, Shooter Jennings, Voivod and many, many more in his five years at the company.

In 2020, amidst a global pandemic and a period of unprecedented uncertainty in the live music industry, Ben and his business partner Jules Chenoweth created an exciting new booking agency, Route One Booking, to drag an industry on its knees, kicking and screaming into the post-Covid world.