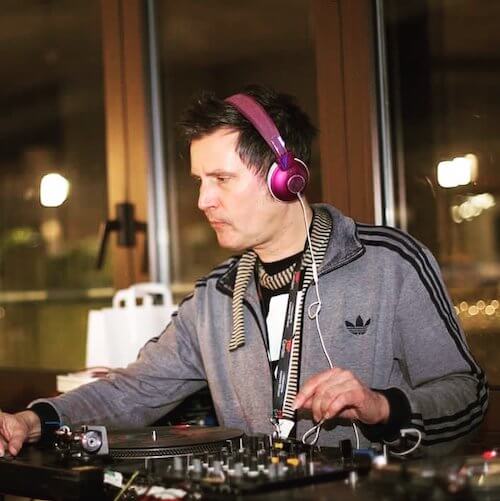 Ben Osborne is a writer/ journalist, DJ, broadcaster and founder of Noise of Art, a pioneering collective connecting “music with the arts, film and other visual media” (M Magazine).

He has DJ residencies in the UK and Europe and his music projects have been performed in a wide range of settings, including major festivals, nightclubs, art installations, galleries, theatres and film. His career has seen him pioneer ideas such as late-night music events in art galleries and museums in London from 2002 onward.

His work with music, art and immersive film events has been recognised with an award from the PRS for Music Foundation, Arts Council England and seven major UK arts institutions.

He’s written extensively for newspapers and magazines (including for The Guardian, DJ Mag, Music Week) and is the author of two books.